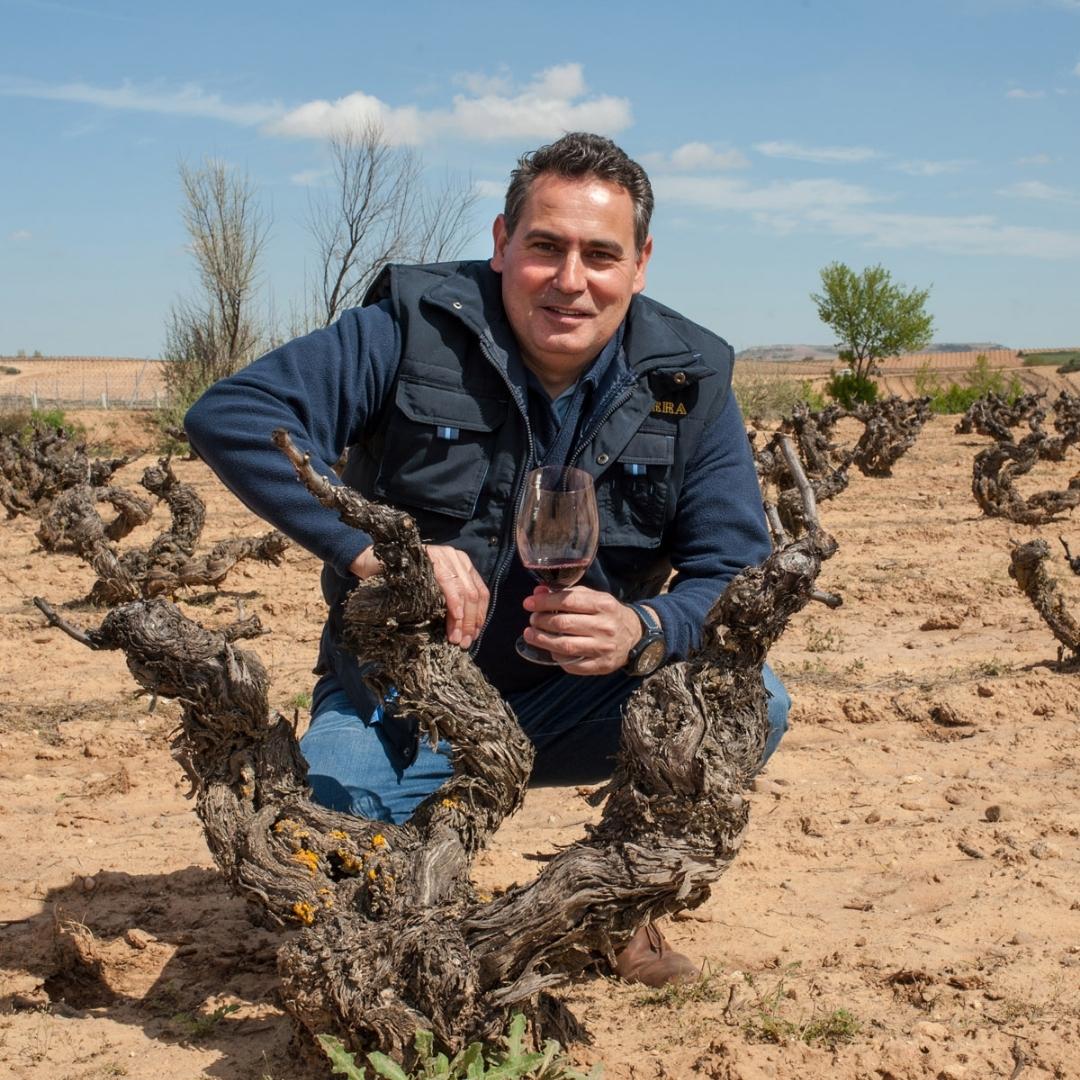 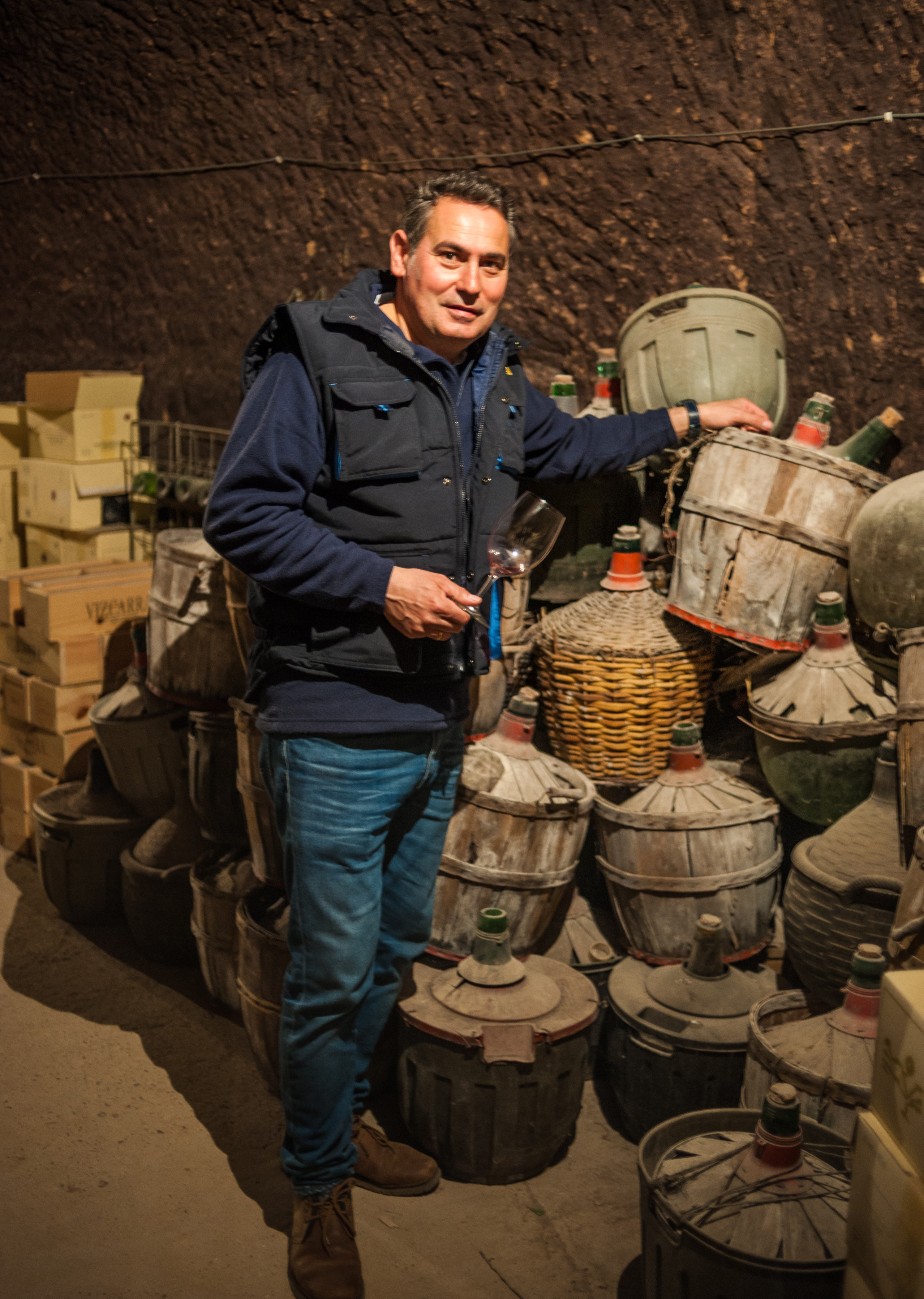 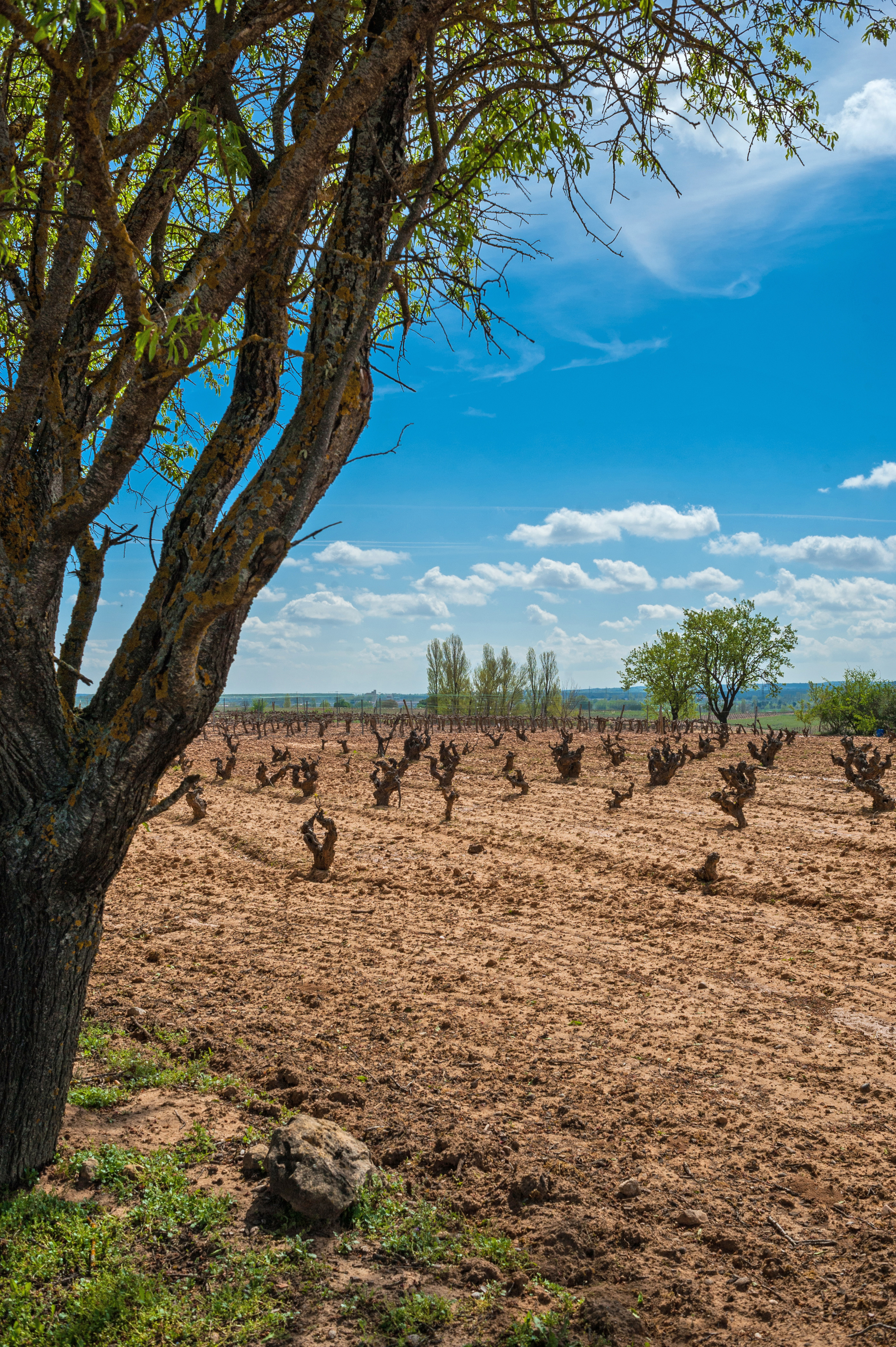 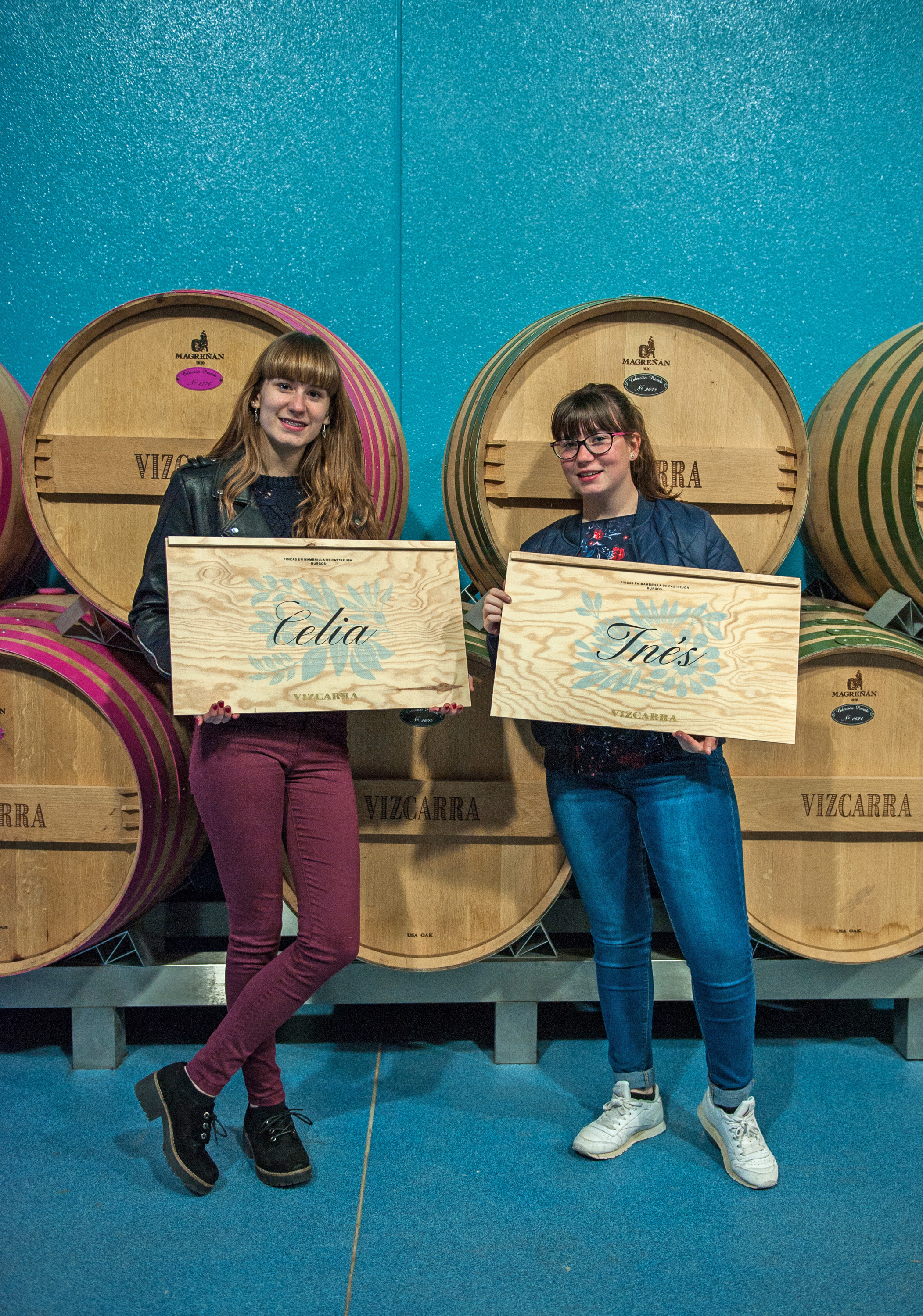 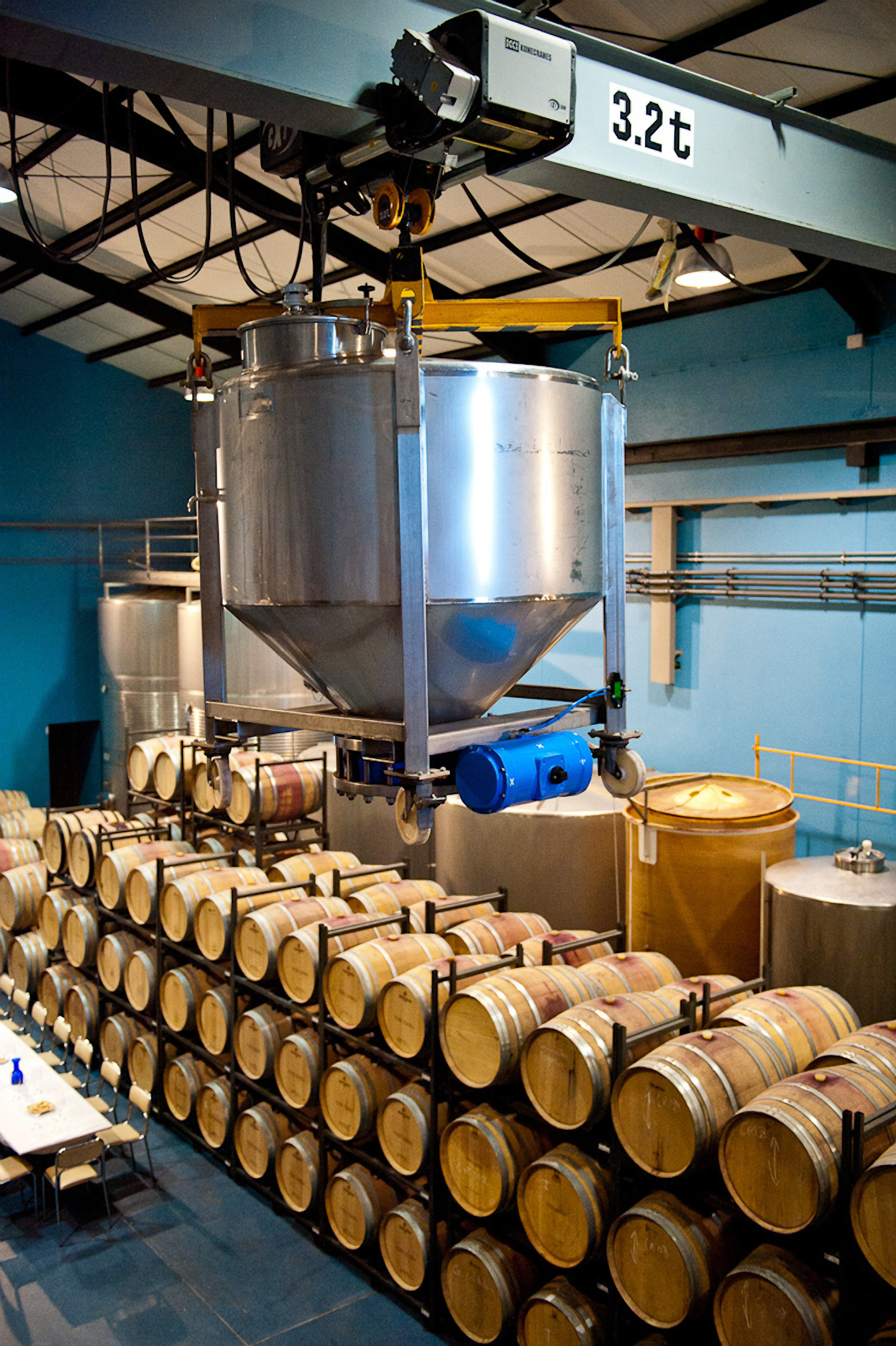 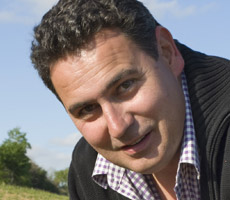 The Vizcarra family’s legacy can be traced back to 1780, to a time when the family sold 16 liter demijohns of wine along the border zones of Segovia and Burgos. However, it wasn’t until recently that Ribera del Duero became a fashionable wine-producing area outside of a few well-known bodegas. In fact, until forty years ago, most of the region’s grapes were destined for bulk wine, showing no real sense of this special place. Fortunately, during the 1980s, José Manuel Vizcarra Aguado took notice of Ribera’s lackluster situation, knowing full well what its vines were capable of creating. He meticulously worked the land and planted new vines, capturing the attention of the top wineries in the region who needed to supplement their own vineyards with the excellent fruit from this family grower. By 1991, his son Juan Carlos joined him at the bodega and became the first in his family to make estate-bottled wines from the family vineyards.

After studying enology in Rioja, Juan Carlos returned to the family estate with more passion and enthusiasm than ever before, well-equipped and ready to take the reins. His unrelenting quest for the new and unknown led him to produce the first red wine from Ribera del Duero using carbonic maceration in 1995, way before the practice was as common as it is now. His efforts paid off and he immediately won multiple awards for the cuvée. Today, Vizcarra is one of the region’s most highly-awarded wineries, consistently gaining recognition for their advances in microvinification and impeccable, age-worthy bottles. Juan Carlos is also a pioneer of the ‘garagiste’ winemaking movement in Spain, promoting the vinification of small-batch, terroir-reflective wines in the style of former generations of growers.

The family’s legacy is growing, specifically through Juan Carlos’ two daughters, Celia and Inés, who are daily inspiration to Juan Carlos, and for whom he has named his two best vineyards and top wines. Celia, the eldest, has inherited her father’s exacting nature and is studying winemaking in Catalonia, joining her father in the cellar when not at school. Inés, the younger sister, is the extroverted “boss” of the winery – and it’s easy to imagine 10 years from now a multi-lingual Ines explaining the pensive Celia’s work to winery visitors, both always carrying on the incredible Vizcarra family traditions and dedication.

Bodegas Vizcarra is comprised of 55 non-certified organically farmed hectares of vines, located at soaring altitudes nearly 3,000 feet above sea level. Ribera del Duero is one of the most extreme viticultural regions in the world, experiencing a rigorous continental climate characterized by low rainfall, extremely cold winter, spring, and autumn seasons, which bring high risks of frost to the vineyards. Summers are excruciatingly hot, though Tempranillo has adapted rather well to these conditions-- that is, so long as it’s guided by the hands of a meticulous farmer. Everything at Vizcarra is done by hand – from hoeing the rows to harvesting grapes into small boxes that are closer to what one might expect to find at a farmer’s market or grocery store than a commercial winery to keep the fruit in perfect shape. Herbs and wildflowers are planted among the vines to encourage competition for the water in the soil. In Ribera del Duero, the fruit’s biggest challenge is reaching an adequate level of tannin maturity while maintaining an appropriate balance of natural acidity. This is realized through attentive work in the vineyards, green harvest, sufficient canopy management, and allowing fruit to ripen without any sort of dehydration-- and Juan Carlos has mastered this craft.

Juan Carlos is also doing incredible work in research around underexplored varieties in Ribera del Duero, including Garnacha (he makes the only varietal Garnacha in Ribera del Duero) and the white grape Albillo Mayor, recently authorized by the DO. Not content to rest on his laurels, Juan Carlos is constantly searching to discover what’s next in Ribera del Duero. Even with the innovation, Tempranillo is his first love, and the foundation for the bodega: 51 of the estate’s 55 hectares are planted to the region’s signature variety, also known as Tinto Fino. Biodynamic principles are also used in the vineyards, including pruning and bottling according to the lunar calendar. The estate’s oldest vines date back to the 1940s, producing extremely low yields of concentrated, high-quality fruit. Juan Carlos achieves this through meticulous pruning, green-harvesting, and adamant cluster-thinning, all custom tailored to each particular vintage.

At Bodegas Vizcarra, fruit selection is key. All fruit is hand-harvested in small boxes and transported back to the winery with the utmost care. Both cluster and berry are analyzed prior to vinification, sorted numerous times before making the cut. All fruit is sorted, destemmed, and then sorted again, ensuring that only the best berries make it into the final wines. This meticulous attention to detail is what makes the wines so great. In addition to extreme cleanliness in the winery, Juan Carlos also exposes every wine to optimal levels of oxygen, thus avoiding the need for high additions of sulfur upon bottling. Juan Carlos has added his own twist to the centuries-old method family cellar method of using canataras, or small glass buckets, to gently rack and transport wine in the cellar. As of 2007, Bodegas Vizcarra officially became a fully gravity-fed winery, retrofitted with a robot crane system and a very large stainless steel tank that he affectionately calls his “U.F.O,” allowing him to gently move entire batches from a fermentation tank to a barrel located on the other side of the winery. Juan Carlos believes that the elimination of pumps not only respects the final product, but allows for more pronounced aromatics and a sophisticated palate. At Bodegas Vizcarra, the pursuit of excellence begins in the vineyard, with low yields and high-quality fruit leading to concentrated final wines, without the need for harsh extraction.

Known for its high-quality wine production, the Ribera del Duero D.O. was first established in 1982, officially becoming a DOCa in 2008. Viticulture has been actively taking place within the region for over 2,000 years, officially confirmed upon the recent unearthing of a 66-meter long mosaic of Bacchus from two millennia ago. Located in the northern plateau of Castile y Léon, the region is characterized by a continental and Mediterranean climate and moderately low rainfall, especially during the summer months. Temperatures are rather extreme throughout the year, with dry summer days reaching over 40 °C and harsh, rigorous winter nights dropping below the freezing point. Flat, rocky terrain dominates most of the regional vineyards, which are mostly set along the banks of the meandering Duero River. Soils are mostly silt and clay, dotted with layers of limestone and marl. The aging requirements in Ribera del Duero are the same as in Rioja: 24 months (at least 12 in oak) for Crianza, 36 months (at least 12 in oak) for Reserva, and 60 months (at least 24 in oak) for Gran Reserva.